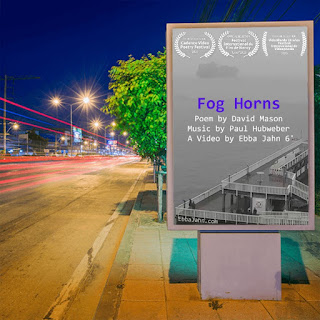 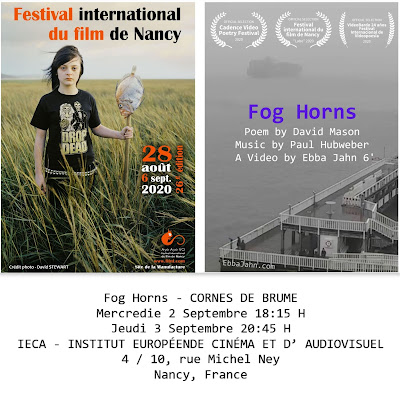 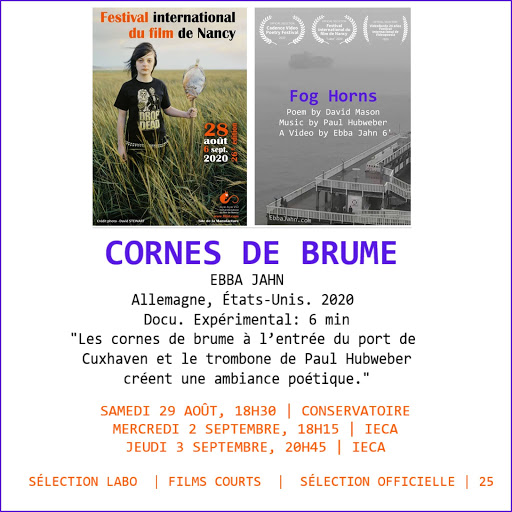 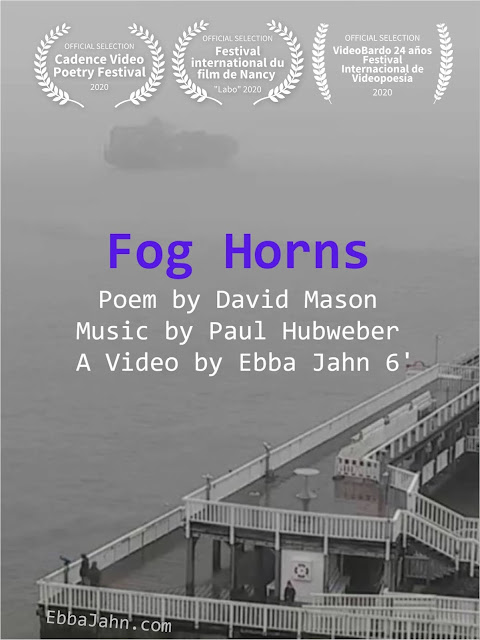 We see a webcam surveillance video of a harbour entrance on a foggy day in Cuxhaven, Germany. A sound of a fog horn extends into film music, a contemporary composition for his trombone by Paul Hubweber.

Ships come in slowly and the first stanza of the poem "Fog Horns" by poet David Mason from Colorado appears slowly and in writing first.These three elements - webcam image, poem, trombone music - appear in the video as if they were always meant for each other...

I asked him what I could say during the Cadence Festival Zoom Hang event on 4/18?

"You can say I'm proud to have my poem featured in your film. I wrote the thing some years ago, while looking at a painting called Fog Horns by Arthur Dove.

Somehow I fell into five-syllable lines with some rhymes.
I enjoyed the way the form encouraged me to break out of simple logic into mood.

The painting also visualizes the first three fog horn sounds of the video. Paul Hubweber heard it and while seeing the still silent rest of the film, he chose from his archive his composition Trombone Parts from Ab und Auf for the video.

Looking forward to the European Festival Premiere at:

15.8.20: FOG HORNS was selected by Videobardo - the Videopoetry Festival in Buenos Aires.
I'm delighted that we'll be able to create a Spanish video version.
The great poet RHINA P. ESPAILLAT has translated the poem for this video. 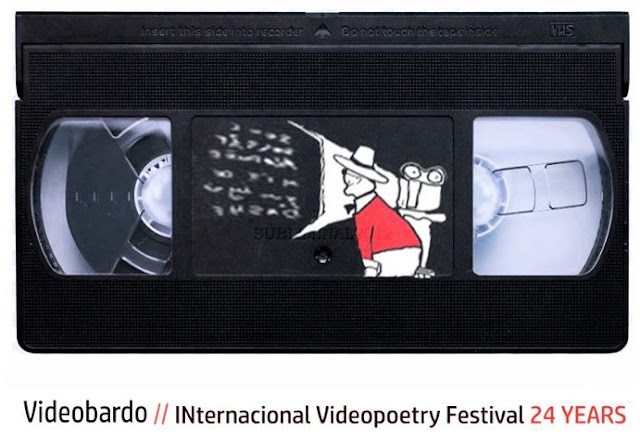 VideoBardo, founded in 1996 will be realised throughout the year in different cities and venues around the world and at a CENTRAL WEEK in Buenos Aires, Argentina on dates to be defined.

The World Film Festival Premiere took place Saturday 19th of April, 2020 - due to lockdowns online for 24 hours in the program Better Left Unsaid at 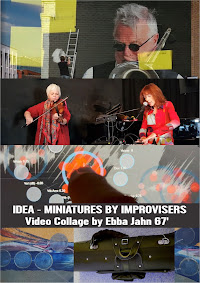 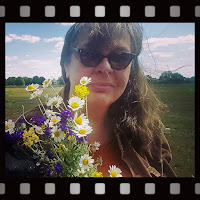 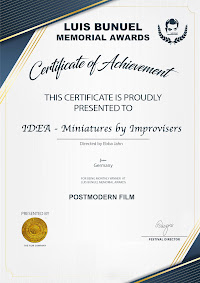 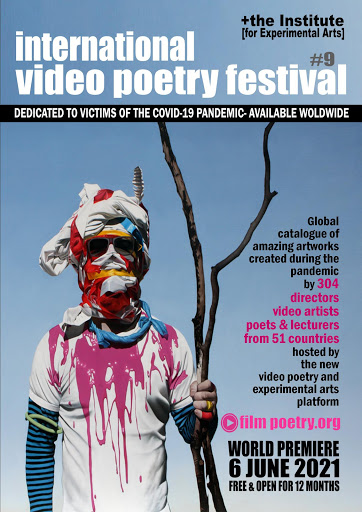 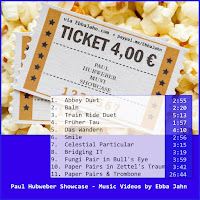 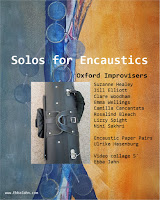